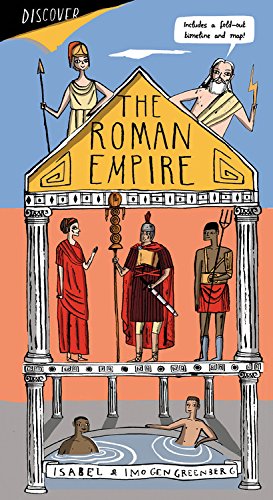 The second in a series on key historical periods, launching with the Romans and Ancient Egyptians and followed by the Vikings and Ancient Greeks. Each spread explores a different theme or topic specific to the Romans, including the Roman Empire, gladiators, the Roman Army and the engineering and architechtural feats, and a timeline. Illustrated by graphic novelist Isabel Greenberg and researched by her sister, Imogen Greenberg, this series of books are presented as comic strips which offer a fresh and accessible entry point to core educational topics for children 8+.

Enjoy reading The Roman Empire? You may also like these books