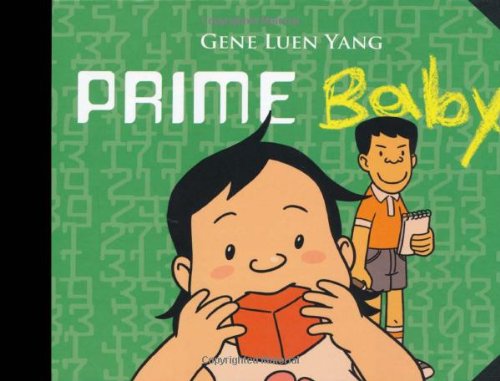 From the pages of the New York Times and the pen of Printz Award winner Gene Luen Yang comes a tale of math, aliens, and new siblings.

Thaddeus doesn’t like his new sister (she’s not that smart— and she gets all the attention). He likes her even less when he discovers that she’s an inter-dimensional conduit for peace-loving aliens (who are totally lame—all they want to do is knit socks for the homeless and have sing-a-longs!). But what’s even worse is that no one will believe him about any of this! How is he ever going manage to grow up to become the President of Earth?

Enjoy reading Prime Baby? You may also like these books