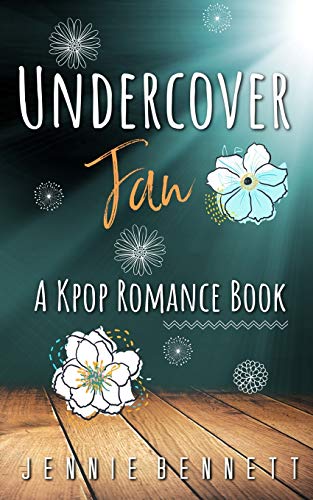 Paperback (CreateSpace Independent Publishing Platform Jan. 9, 2017)
Corrine Miller-Hayden is too cool for K-pop, at least when she's in public. As captain of the cheer team and a Texas beauty queen, she wouldn't dare tell anyone about her closet obsession.That is, until she runs into her Minji, her ultimate bias, at a fan gathering. She never dreamed she'd touch Minji, let alone accidentally take his phone.When they meet again at a pep-rally, it's not like Corrine imagined. She thought she'd be showing off, but instead she becomes the target of a dye-filled water balloon attack. Abby was supposed to be her best friend, not the girl who openly shamed her in front of the whole school.Minji saves her, not only from embarrassment, but from her own stuck-up self.Can she love Minji openly, and keep her fangirling a secret?

Enjoy reading Undercover Fan: A Kpop Romance Book? You may also like these books