By title
The Noble Servant
By author
Melanie Dickerson
By publisher
Thomas Nelson
By series
A Medieval Fairy Tale
Format
Other Formats & Editions
? 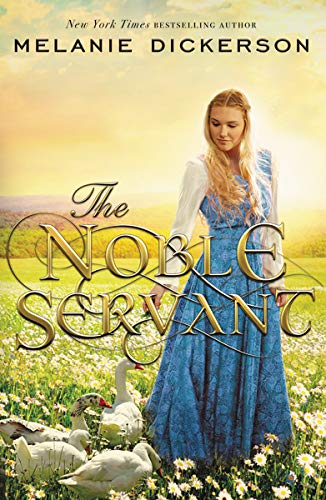 “When it comes to happily-ever-afters, Melanie Dickerson is the undisputed queen of fairy-tale romance, and all I can say is—long live the queen!” —JULIE LESSMAN, award-winning author of The Daughters of Boston, Winds of Change, and Heart of San Francisco series

She lost everything to the scheme of an evil servant.

But she might just gain what she’s always wanted . . . if she makes it in time.

The impossible was happening. She, Magdalen of Mallin, was to marry the Duke of Wolfberg. Magdalen had dreamed about receiving a proposal ever since she met the duke two years ago. Such a marriage was the only way she could save her people from starvation. But why would a handsome, wealthy duke want to marry her, a poor baron’s daughter? It seemed too good to be true.

On the journey to Wolfberg Castle, Magdalen’s servant forces her to trade places and become her servant, threatening not only Magdalen’s life, but the lives of those she holds dear. Stripped of her identity and title in Wolfberg, where no one knows her, Magdalen is sentenced to tend geese while she watches her former handmaiden gain all Magdalen had ever dreamed of.

When a handsome shepherd befriends her, Magdalen begins to suspect he carries secrets of his own. Together, Magdalen and the shepherd uncover a sinister plot against Wolfberg and the duke. But with no resources, will they be able to find the answers, the hiding places, and the forces they need in time to save both Mallin and Wolfberg?

Enjoy reading The Noble Servant? You may also like these books