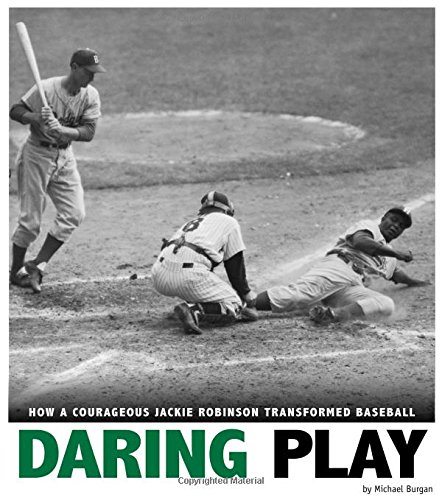 Paperback (Compass Point Books Feb. 1, 2016)
On and off the field, Jackie Robinson never backed down from a challenge. The baseball legend broke Major League Baseball’s color barrier in 1947, changing the sport forever. It was eight years later that a photo of him stealing home during the 1955 World Series became one of the most famous images from his historic career. The iconic photo of his daring base running seemed to sum up the way Robinson lived his life. He acted on his own, doing what he thought was right. He took risks. He used his talents the best way he knew how. And he made baseball―and the world―a better place.

Enjoy reading Daring Play: How a Courageous Jackie Robinson Transformed Baseball? You may also like these books