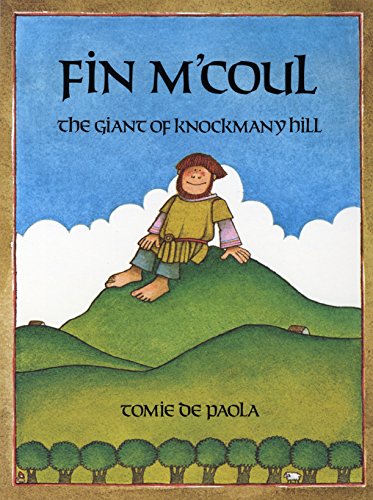 Paperback (Holiday House Jan. 1, 1981) , Illustrated Edition
When the fiercest giant in all of Ireland comes knocking at his door, what can peaceful Fin M'Coul do to escape him?

An ALA Notable Book, by the bestselling author-illustrator of Strega Nona, Quiet, and many more.

Fin M'Coul lives atop windy Knockmany Hill, and spends his days with the other giants of Ireland, moving huge stones to build a causeway to Scotland. But one morning, he hears a rumor that Cucullin, the strongest giant in the land, is coming to find and fight him.

Fleeing home, Fin tells his wife of his worries. But clever Oonagh the giantess has a plan— with her wits and her skills and her magic charms, she sets out to trick Cucullin and save her husband.

Full of humor and charm, Tomie dePaola's retelling of this classic fable is boldly illustrated, with detailed borders based on ancient Irish metalwork.

Enjoy reading Fin M'Coul: The Giant of Knockmany Hill? You may also like these books