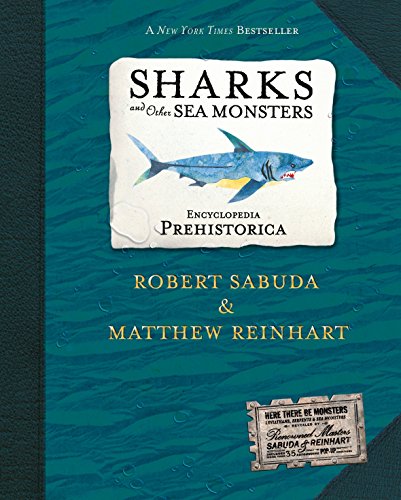 Hardcover (Candlewick April 11, 2006) , Illustrated Edition
Just when you thought it was safe to go back in the water! Celebrate the New York Times best-selling 3-D look at prehistoric creatures of the deep.

While dinosaurs patrolled the lands, massive prehistoric sharks, giant scorpions, and colossal squid cruised the ancient oceans — most with just one thing in mind: eat or be eaten. Pop-up masters Robert Sabuda and Matthew Reinhart explore the prehistoric underwater world where monsters like megalodon ruled the waves. Full of captivating facts and more than thirty-five breathtaking pop-ups, this incredible volume is sure to astonish and amaze everyone from budding marine biologists to confirmed landlubbers.

Enjoy reading Encyclopedia Prehistorica: Sharks and Other Sea Monsters? You may also like these books