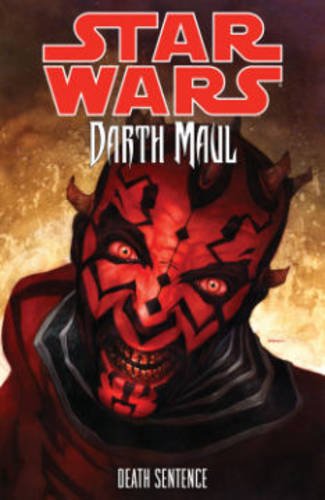 Paperback (Dark Horse May 28, 2013)
Fearsome Sith Lord Darth Maul, rescued and restored after surviving his confrontation with Obi-Wan Kenobi in The Phantom Menace, wreaks havoc through the galaxy with his brother Savage Opress! When the brothers' murderous rampage through the Outer Rim is interrupted by a bounty placed on their heads by Ja'Boag, a wealthy mining magnate, the duo decides to target him - only to be met by a team of Jedi and Ja'Boag's own private army! This would be the break the Jedi have been hoping for, if it weren't for the fact that Ja'Boag's ruthless oppression of the native population has given Darth Maul an army of his own!

Enjoy reading Star Wars: Darth Maul-Death Sentence? You may also like these books