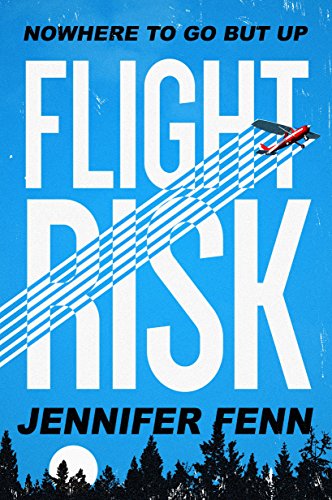 Flight Risk is Jennifer Fenn's debut young adult novel inspired by true events, about a teenage boy who has stolen―and crashed―not one, but three airplanes. And each time he’s walked away unscathed.

Who is Robert Jackson Kelly? Is he a juvenile delinquent? A criminal mastermind? A folk hero? One thing is clear: Robert always defies what people think of him. And now, the kid who failed at school, relationships, and almost everything in life, is determined to successfully steal and land a plane.

Told as an investigation into Robert’s psyche, the narrative includes multiple points of view as well as documentary elements like emails, official records, and interviews with people who knew Robert. Ultimately, Flight Risk is a thrilling story about one teenager who is determined to find a moment of transcendence after everyone else has written him off as lost.

This action packed thriller is a perfect read for young adult fans of adventure, heist stories, and fact-based fiction.

"Debut author Fenn tells a multilayered story of identity, ambition, and societal expectations as she chronicles the misadventures of Robert Jackson Kelley. . . . Inspired by the true story of the so-called Barefoot Bandit, this story moves slowly but steadily through the years, building a larger-than-life aura around Robert." ―Publishers Weekly

Enjoy reading Flight Risk: A Novel? You may also like these books