Who Is Oprah Winfrey?

By title
Who Is Oprah Winfrey?
By author
Barbara Kramer Who HQ Dede Putra
By publisher
Penguin Workshop
By series
Who Was?
At
Level W
Format
Other Formats & Editions
W 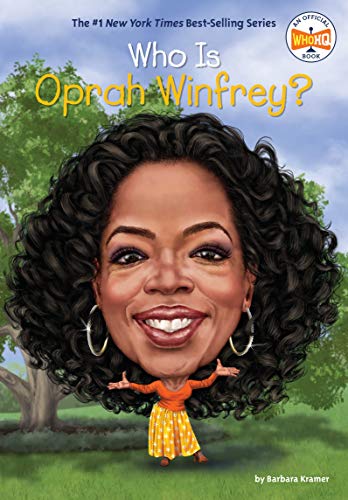 Who Is Oprah Winfrey?

Paperback (Penguin Workshop July 2, 2019)
The story of how a young Southern girl who was raised on a pig farm became one of the most influential and inspiring people in the world.

We all know Oprah Winfrey as a talk-show host, actress, producer, media mogul, and philanthropist, but the "Queen of Talk" wasn't always so fortunate. She suffered through a rough childhood and went on to use her personal struggles as motivation. Oprah's kindness, resilience, and determination are just some of the many reasons why her viewers--and people all around the world--love her. The richest African American person of the twentieth century, Oprah is often described as the most influential woman in the world.

Enjoy reading Who Is Oprah Winfrey?? You may also like these books