The Lucky Horse: A Bedtime story

By title
The Lucky Horse: A Bedtime story
By author
Jenny Brown
Format
Other Formats & Editions
? 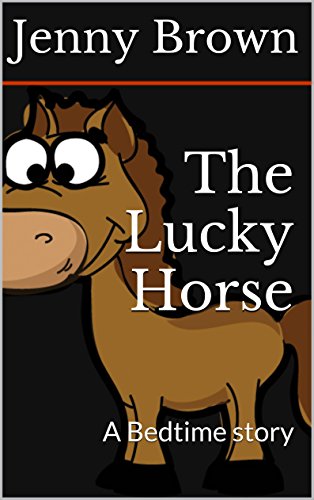 The Lucky Horse: A Bedtime story

Polly lives with a large group of wild ponies in a beautiful woods near the farm. Although Polly is a very kind pony, none of the other ponies include her, and are very nice to her. Because Polly is different, and for some reason, she was born a very tiny horse. Having no idea about tiny horses, Polly thinks that she is an odd pony, and despite the fact that she is very lovely, none of the other ponies treat her as their equal. Polly has to play by herself while the other ponies play together. However one day, a nasty little monster named Sean bullies all of the ponies! He says he will cast a magic spell on the ponies, turning them into tiny horses for the monsters to ride, unless they leave the farm and then the monsters can build their own kingdom! So being afraid of Sean's magic, the ponies believe they have no choice but to leave. Or at least until Polly steps up, surprising everyone (and most of all herself!) with her magic powers. It is then that she first learns she has magical powers, and then the other ponies learn an important lesson about treating others with respect and to live in peace with others! > Download your copy today!

Enjoy reading The Lucky Horse: A Bedtime story? You may also like these books