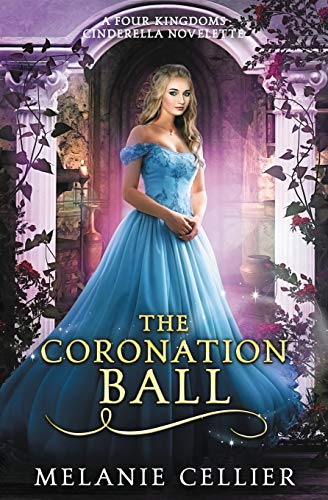 Paperback (Luminant Publications Feb. 8, 2020)
Hanna knows all about hard work. For years she’s labored to complete her apprenticeship and become a pastry chef. Driven from her home once before, she’s willing to endure whatever it takes to keep her position in the palace kitchens of Northhelm.

But when she finally has a chance for all her dreams to come true, everything goes wrong. In danger of losing both her future as a pastry chef, and the man she’s loved for years, Hanna will have to decide if she’s ready to fight for herself, as well as for Stefan.

The Coronation Ball is a novelette of approximately 15,000 words that follows Hans’s sister after she flees Rangmere to build a life in Northhelm. It is an expanded version of a short story previously titled The Pastry Chef's Apprentice, published in the anthology Happily Ever Afters.

If you enjoy clean romance, adventure and intrigue, then try the books in The Four Kingdoms series now! Each of these young adult fairy tale retellings can be read as a standalone story. However, for greatest enjoyment, they should be read in order.

Enjoy reading The Coronation Ball: A Four Kingdoms Cinderella Novelette? You may also like these books