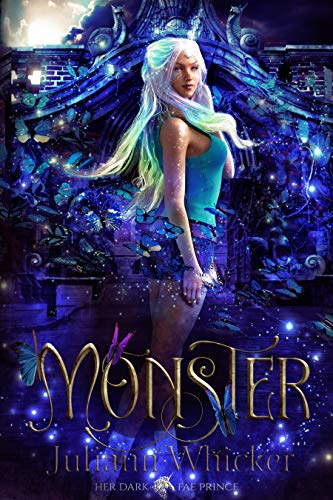 language ( March 2, 2020)
Dreams can be deadly, even when your fated mate is a dark fae prince the monsters fear.

I’m El Adams, Eleanor if you want to get fancy. Our family moves around a lot. Every first day of a new school, my sister Jax ends up being hit on by a creep, and I go to detention for rescuing her. Hitting on boys for me is beating the crap out of them, but this town is different.I can’t stand people touching me, ever since I was abducted I don’t remember when I was eleven, but this time, for the first time, I touched a guy and didn’t want to die. It’s love at first touch. He’s bigger than anyone, stronger, graceful, and he can handle my hallucinations and weirdness.Until I realize that they aren’t hallucinations and my nightmares are coming for me.
Darkly Sweet: Academy Romance SeriesDarkly SweetDread DelightBitter BlissBlooming black Deadly Morsel
Watergirl: Siren SeriesWatergirlWater GambitWater LeagueWater GamesWater Queen
Butcher, Baker: Calder Academy of Slayers SeriesButcher, Baker, Vampire SlayerButcher, Baker, Werewolf SaviorButcher, Baker, Monster Maker
Don't Tell Mom I'm Dead: Dead AcademyDon't Tell Mom I'm Dead