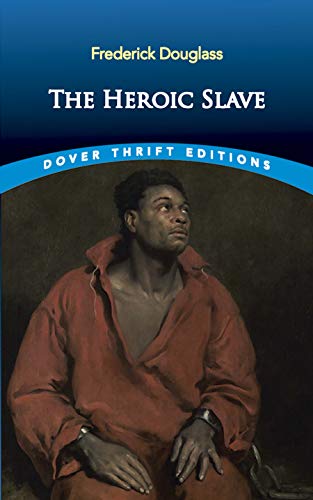 Paperback (Dover Publications June 12, 2019)
Famed abolitionist Frederick Douglass based his only fictional work on the gripping true story of the biggest slave rebellion in U.S. history. The Heroic Slave was inspired by a courageous uprising led by Madison Washington in 1841. Washington rallied 18 of the 135 slaves aboard a ship bound for New Orleans, the country's primary slave-trading market. The mutineers seized control, landing the ship in the British-controlled Bahamas, where their freedom was recognized.
Originally published nearly a decade before the Civil War, Douglass's novella was one of the earliest examples of African-American fiction. Douglass presents Madison Washington's heroism less as a matter of violent escape and more as a voluntary act of claiming self-ownership. Douglass's retelling encouraged readers to engage in the abolitionist cause. It captivated readers by equating black slaves' rebellion against tyranny with the spirit and democratic ideals of the American Revolution.

Enjoy reading The Heroic Slave? You may also like these books