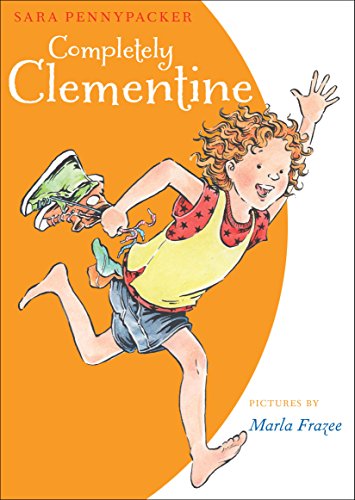 eBook (Little, Brown Books for Young Readers March 4, 2015)
This New York Times bestselling chapter book series has been keeping readers engaged and laughing for more than a decade with over one million copies sold!
Summer is coming, and Clementine is not ready. She is not ready to start speaking to her father again, because she's still mad at him for eating meat. Instead, she gives him drawings of animals she knows would not want to be somebody's dinner.

Then there is the new baby on the way. Clementine's mom sure doesn't seem ready. She's suddenly crazy about cleaning (Dad says she is nesting), but she doesn't even have a name picked out yet. Clementine just hopes the baby won't be a dud.

What Clementine really isn't ready for is saying good-bye to her third grade teacher. She knows Mr. D'Matz is going to tell her all kinds of things that aren't true. Everything else may be changing around her, but that doesn't mean that Clementine has.

Enjoy reading Completely Clementine? You may also like these books