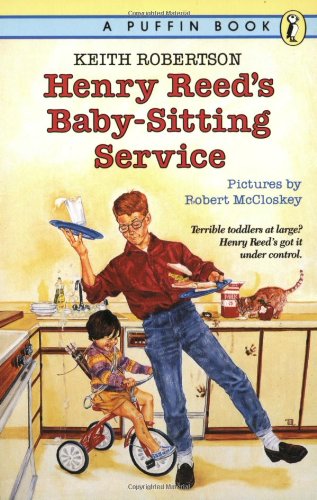 Paperback (Puffin Books May 1, 1989)
Henry Reed has another sure-fire money-making plan--but the kids of Grover's Corner have plans of their own

An intelligent person like Henry should have no problem riding herd on the town's toddlers. But Henry's never tangled with such monsters as daredevil Danny, whose stunts keep Henry on his toes--when he's not ducking the toys Danny hurls at his head. There's also Bernice, the amazing disappearing five-year old, the always obnoxious Sebastians, who want in on the fun, and Henry's old friend Midge, able to outwit any fiendish five-year-old.

Enjoy reading Henry Reed's Babysitting Service? You may also like these books