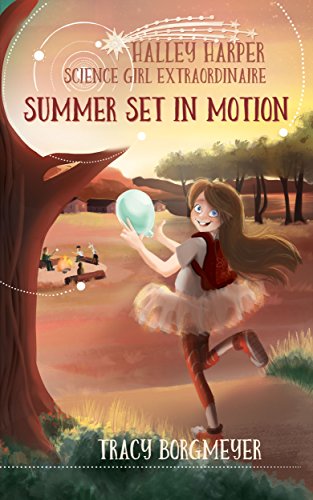 In the first book of the Halley Harper series, despite being named after Halley's comet, 9 year old science-loving Halley Harper overhears someone calling her a square peg in a round hole and almost believes it to be true. Then an adventure to summer camp takes her on a journey to use her quirky love of science to turn the ordinary into extraordinary. Will she save her beloved summer camp, her friends, and even herself using the Laws of Motion? Make sure to grab the second book in the series, The Friendship Experiment.