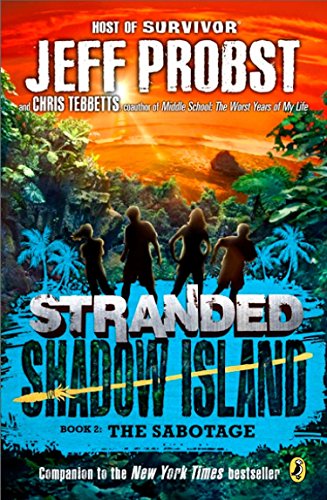 How much would you sacrifice? How far could you go?
When Carter, Vanessa, Buzz, and Jane found themselves stranded on Shadow Island, they had no idea what they were getting into. Now, one of their group is missing, and the stakes just keep getting higher. This is going to be a fight to the finish if they ever want to make it home again. It’s going to take courage. It’s going to take strength. It’s going to take luck. And in the end, one rash decision could change everything—when everything is at stake.

Enjoy reading Shadow Island: The Sabotage? You may also like these books