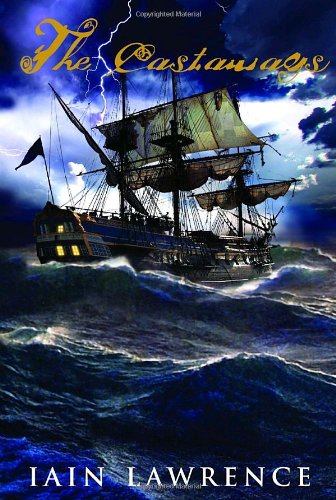 Hardcover (Delacorte Books for Young Readers Nov. 13, 2007)
ADRIFT AT SEA, Tom Tin and his four convict companions are only too glad when they come upon a deserted ship. The boys clamber aboard, not knowing whether they've been saved or set on a course toward doom. But after rescuing two men stranded on a melting iceberg, Tom begins to suspect that these unsavory sailors are dangerous castaways from this very vessel. The more Tom questions the men, the more they dislike him. So, when Tom overhears them plotting to get rid of him, he knows they mean it. But the other boys don't feel threatened - at least not until the sailors attempt to sell them as slaves, a decision that ends with death for some . . . and with Tom sailing the ship home to England.

Soon Tom discovers that he has to cast away every ill-intentioned companion from his voyage home before he can truly be free.

Enjoy reading The Castaways? You may also like these books