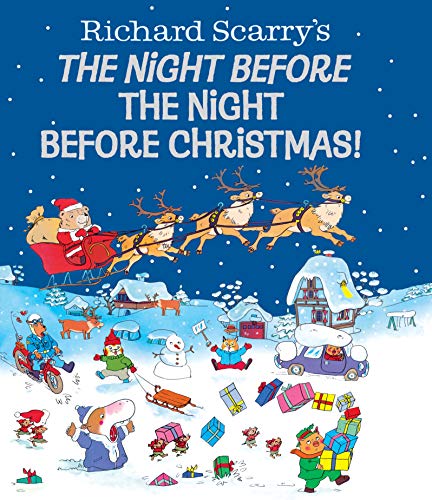 It's Christmas, and Richard Scarry's beloved cast of Busytown characters are gearing up for the holiday! And nobody is more excited than Mr. Frumble. In fact, he's so excited he sets out for the North Pole to become one of Santa Bear's helpers. But when Santa Bear mixes up the dates and starts his deliveries the night before the night before Christmas, it's up to the ever-clumsy Mr. Frumble to save the holiday for his Busytown friends! Full of detailed illustrations, humor, and adventure, The Night Before the Night Before Christmas! is the perfect way for children-and Scarry fans of all ages-to celebrate the holiday season.