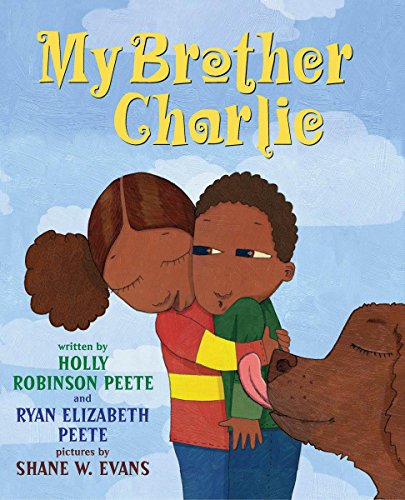 Hardcover (Scholastic Press March 1, 2010) , 1 edition
"Charlie has autism. His brain works in a special way. It's harder for him to make friends. Or show his true feelings. Or stay safe." But as his big sister tells us, for everything that Charlie can't do well, there are plenty more things that he's good at. He knows the names of all the American presidents. He knows stuff about airplanes. And he can even play the piano better than anyone he knows.
Actress and national autism spokesperson Holly Robinson Peete collaborates with her daughter on this book based on Holly's 10-year-old son, who has autism.