By title
Warriors #4: Rising Storm
By author
Erin Hunter Dave Stevenson
By publisher
HarperCollins
By series
Warriors: The Prophecies Begin
At
Level U
Format
Other Formats & Editions
U 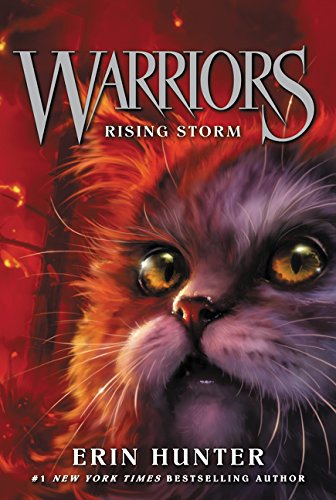 Fireheart’s traitorous enemy Tigerclaw has been vanquished and exiled from ThunderClan—but Fireheart can’t shake the feeling that he is lurking in the forest, waiting for a chance to strike.

In the heat of a blazing summer, Fireheart struggles to handle sinister omens, an apprentice with a shocking secret, and a devastated Clan leader who is a shell of her former self. And as the forest gets hotter and hotter, every cat braces for the coming storm….

Enjoy reading Warriors #4: Rising Storm? You may also like these books