Who Was Henry VIII?

By title
Who Was Henry VIII?
By author
Ellen Labrecque Who HQ Jake Murray
By publisher
Penguin Workshop
By series
Who Was?
At
Level X
Format
Other Formats & Editions
X* 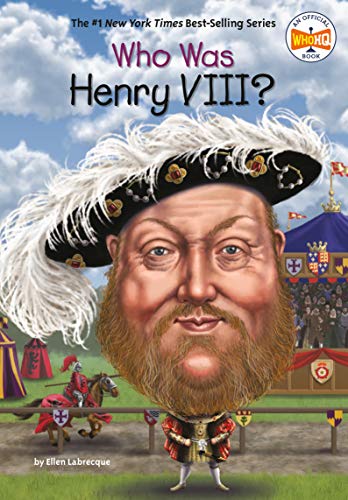 Who Was Henry VIII?

Paperback (Penguin Workshop Feb. 6, 2018) , Dgs edition
Hear Ye, Hear Ye! Travel to the age of the Renaissance and learn why Henry VIII is one of the most famous kings in English history.

Mainly remembered for his six marriages and his self-appointment as the "Supreme Head of the Church of England," Henry VIII was also attractive, educated, and athletic. When Henry Tudor ascended to the English thrown at the age of 17, his reign looked promising. But by the time of his death in 1547, King Henry VIII was characterized as an extremely egotistical, harsh, and insecure king. Though Henry VIII's legacy isn't free from scandal, his monarchy thrived due to the achievements of his daughter Queen Elizabeth I.

Enjoy reading Who Was Henry VIII?? You may also like these books