The Roman Army: The Legendary Soldiers Who Created an Empire 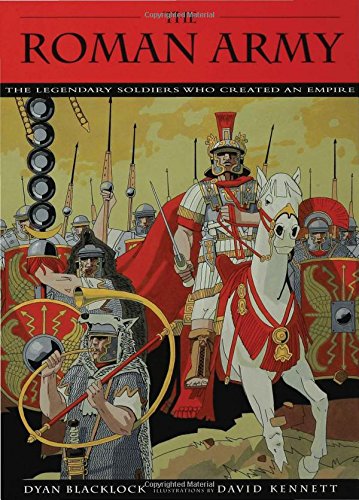 The Roman Army: The Legendary Soldiers Who Created an Empire

Hardcover (Walker Books for Young Readers March 1, 2004) , 1st edition
In the second century A.D., there was only one unstoppable power in the world--the Roman Army.
The Roman Empire was one of the largest empires on history. Charged with controlling and protecting the empire's territory and subjects, the Roman army was a massive, disciplined, and fearsome fighting force. From the rise of the Roman Empire until its decline and fall, its vast holdings were conquered, absorbed, and ultimately defended by legions of professional paid soldiers. At the height of their power, no tribe, no nation could stand in their way. This is their story.

Enjoy reading The Roman Army: The Legendary Soldiers Who Created an Empire? You may also like these books