Hope for Winter: The True Story of A Remarkable Dolphin Friendship 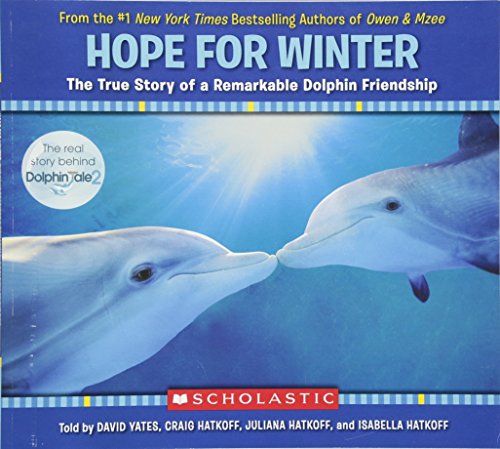 Hope for Winter: The True Story of A Remarkable Dolphin Friendship

Paperback (Scholastic Paperback Nonfiction Aug. 26, 2014)
A story of a baby dolphin named Hope is rescued against all odds.
Exactly 5 years and 1 day after Winter, the tailless dolphin who inspired a major motion picture featuring Morgan Freeman, Ashley Judd, and Harry Conick Jr., was rescued, something pretty amazing happened. Just miles from where Winter was found, appeared another injured dolphin, orphaned from her mother and struggling to survive. The Clearwater Marine team quickly went to work, attempting to nurse this new dolphin back to health. After a tough fight fought by the little dolphin and by the Clearwater team, the dolphin grew strong and healthy. She now lives with Winter and crowds flock to the aquarium to see them play. Her tale is one of courage and triumph. She was named Hope and this book tells her story.