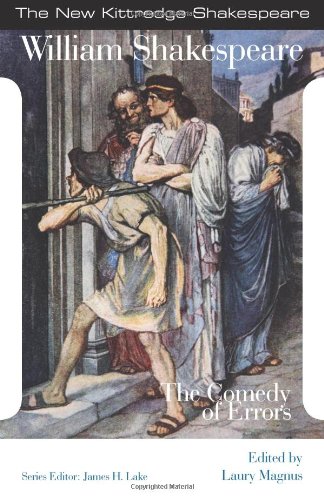 Paperback (Focus March 1, 2010) , First edition
George Lyman Kittredge’s insightful editions of Shakespeare have endured in part because of his eclecticism, his diversity of interests, and his wide-ranging accomplishments, all of which are reflected in the valuable notes in each volume.

These new editions have specific emphasis on the performance histories of the plays (on stage and screen).

Features of each edition include:

- The original introduction to the Kittredge Edition

- Editor’s Introduction to the Focus Edition. An overview on major themes of the plays, and sections on the play’s performance history on stage and screen.

- Explanatory Notes. The explanatory notes either expand on Kittredge’s superb glosses, or, in the case of plays for which he did not write notes, give the needed explanations for Shakespeare’s sometimes demanding language.

- Performance notes. These appear separately and immediately below the textual footnotes and include discussions of noteworthy stagings of the plays, issues of interpretation, and film and stage choices.

- How to read the play as Performance Section. A discussion of the written play vs. the play as performed and the various ways in which Shakespeare’s words allow the reader to envision the work "off the page."

- Comprehensive Timeline. Covering major historical events (with brief annotations) as well as relevant details from Shakespeare’s life. Some of the Chronologies include time chronologies within the plays.

- Topics for Discussion and Further Study Section. Critical Issues: Dealing with the text in a larger context and considerations of character, genre, language, and interpretative problems. Performance Issues: Problems and intricacies of staging the play connected to chief issues discussed in the Focus Editions’ Introduction.