A Crown So Cursed

By title
A Crown So Cursed
By author
L.L. McKinney
By publisher
Imprint
Format
Other Formats & Editions
? 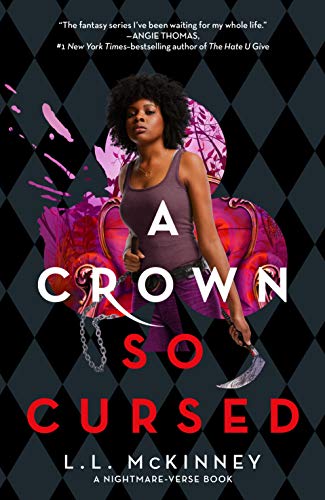 A Crown So Cursed

In A Crown So Cursed, the third book in L.L. McKinney's Nightmare-Verse series, Alice is called to save Wonderland from itself.

Alice is doing her best to recover from her last boss battle, but members of her crew start having these... dreams. And they’re all the same dream: visions of a dark past—and an even darker future. It seems the evil in Wonderland may not be as defeated as they’d hoped.

When word spreads of an encroaching army of Nightmares unlike any ever seen, Alice finds she may have to step between the coming darkness and the mortal world once more. But this time is different. This time, the monsters aren’t waiting for her on the other side of the Veil.

They're in her own back yard.

Enjoy reading A Crown So Cursed? You may also like these books