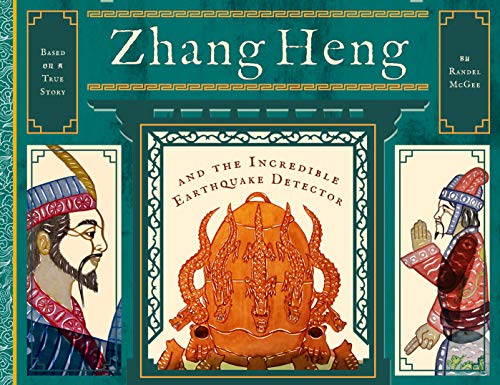 Hardcover (Familius Jan. 4, 2022)
When thousands of people die in China's earthquakes, China Emperor Shun Di does not know what to do as it takes days for a city to communicate the news to the Emperor. He assigns his wisest adviser Zhang Heng to create a device that will tell the Emperor and his court where an earthquake took place. Can Zhang Heng accomplish this impossible task in only two weeks?

Still honored today for the advancements he made to astronomy and mathematics over 2,000 years ago during the Han Dynasty in China, Zhang Heng and the Incredible Earthquake Detector tells the remarkable true story of how Heng created a magnificent and beautiful device with eight dragons that communicated the direction of an earthquake years before the seismograph was invented.