The Folk of the Air Complete Gift Set 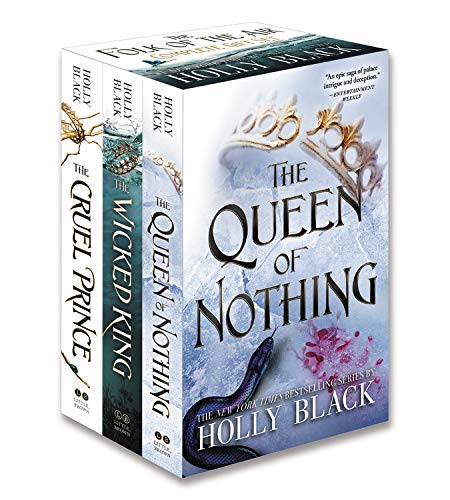 The Folk of the Air Complete Gift Set

Hardcover (Little, Brown Books for Young Readers Nov. 26, 2019) , Gift edition
Discover Holly Black's blood thirsty bestselling The Folk of the Air series in this gorgeous hardcover gift set including: The Cruel Prince, The Wicked King, and The Queen of Nothing.
Of course I want to be like them. They're beautiful as blades forged in some divine fire. They will live forever.

From #1 New York Times bestselling author Holly Black comes the stunning The Folk of the Air trilogy filled with twists and enchantment, as one girl learns the meaning of true power when she finds herself caught in a web of royal faerie intrigue.

Series
The Folk of the Air

Enjoy reading The Folk of the Air Complete Gift Set? You may also like these books