By title
Star Wars Episode II: Attack of the Clones
By author
Henry Gilroy Jan Duursema
By publisher
Dark Horse
By series
Star Wars
At
Level U
Format
Other Formats & Editions
U* 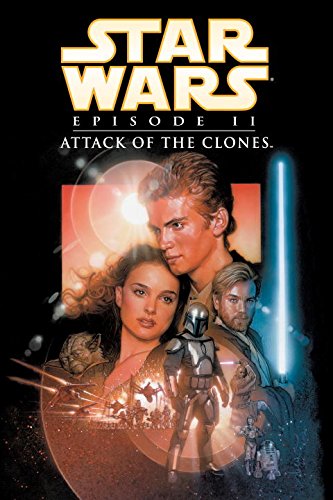 Paperback (Dark Horse May 15, 2002) , Gph edition
A Jedi shall not know anger. Nor hatred. Nor love. Star Wars: Attack of the Clones is a seminal tale of the Star Wars mythos, unlocking some of the history and events that laid the foundation for the Rebel Alliance's epic struggle against the Empire as chronicled in the original Star Wars film trilogy. Featuring familiar characters as never seen before and introducing new players destined to become Star Wars icons, Episode II is a must-see film, and this graphic novel is a must-read for all Star Wars enthusiasts. Adapted by Henry Gilroy from the original screenplay by George Lucas and Jonathan Hales, and illustrated by Jan Duursema and Ray Kryssing. Make sure you catch this legendary series that's sure to please Star Wars fans of all ages.

Enjoy reading Star Wars Episode II: Attack of the Clones? You may also like these books