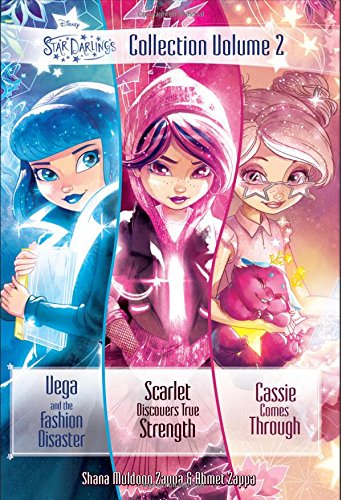 Paperback (Disney Press June 14, 2016) , Combined edition
CAN THE STAR DARLINGS SAVE THEIR WORLD?

Lots of strange things are going on at Starling Academy, and some of the girls are suspicious. As they begin investigating, they wonder if there's any connection between Scarletgetting kicked out of the Star Darlings and Leona's troubled mission.

When Vega gets sent to Wishworld, she is determined to solve the puzzle fast, but her Wisher is incredibly secretive. Scarlet watches from the sidelines as Ophelia, who is hopelesslyunprepared, is chosen to go on a mission. Cassie has been dreading her journey to Wishworld since she first arrived at Starling Academy, and her assignment is even harder than she feared!