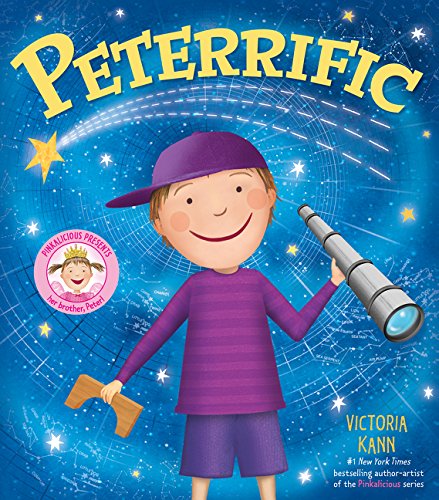 The #1 New York Times bestselling author-artist of the Pinkalicious series, Victoria Kann, is back with an imagination-sparking new book starring Pinkalicious’s brother, Peter.

In Peterrific, readers can follow Peter's own adventures as he builds a tower of blocks all the way to the moon.

Peter loves to build with blocks. One day, he decides to build a tower that will reach the moon, and he wants to do it all by himself. Will the moon be made of cheese? Can he catch a shooting star? As Peter climbs higher and higher into space, he discovers he doesn’t have a way down! He’ll have to figure out what to do next—all by himself.

Enjoy reading Peterrific? You may also like these books