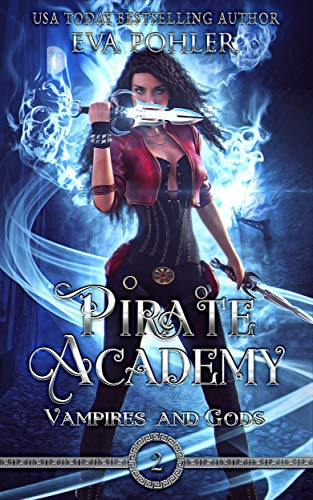 After learning the truth behind the vampire pirates swarming the Mediterranean Sea, the young gods and demigods join forces with the vampires in the fight against corruption.

But first, they must learn to be pirates. According to one of their leaders, Delphine, it's a dangerous art form that any can learn but not all can survive.

Delphine also says there's no room for both love and war. And there's a war going on.

Enjoy reading Pirate Academy? You may also like these books