An Outcast of the Islands

By title
An Outcast of the Islands
By author
Joseph Conrad
By publisher
Dover Publications
By series
Dover Thrift Editions
Format
Other Formats & Editions
? 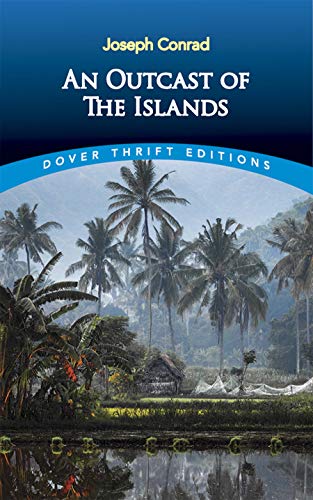 An Outcast of the Islands

Paperback (Dover Publications Nov. 15, 2017) , Illustrated Edition
Peter Willems is down on his luck. The Dutch clerk has been fired for embezzlement from his job in the Indonesian port city of Makassar, and his scornful wife has abandoned him. Willems' despair lifts after an encounter with Tom Lingard, a sea captain who operates a remote trading post. Lingard hires the drifter to act as his agent, entrusting Willems with knowledge of the secret route across dangerous waters to the post. Once installed in his new position, however, Willems falls in love with the daughter of a tribal chief and is drawn into an act of betrayal that will have deadly consequences.
Rich in evocative details, Joseph Conrad's second novel offers a cynical view of colonialism in 19th century Indonesia. The atmospheric tale of greed and lust forms the middle volume of a trilogy that began with Almayer's Folly and concluded in The Rescue, illustrating many of the themes the author explored in his later works.

Enjoy reading An Outcast of the Islands? You may also like these books