A Dream of Ebony and White: A Retelling of Snow White

By title
A Dream of Ebony and White: A Retelling of Snow White
By author
Melanie Cellier
By publisher
Luminant Publications
By series
Beyond the Four Kingdoms
Format
Other Formats & Editions
? 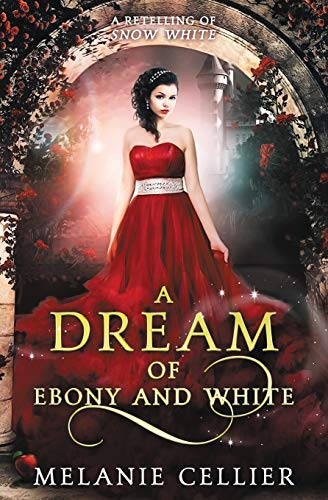 A Dream of Ebony and White: A Retelling of Snow White

Paperback (Luminant Publications Oct. 27, 2018) , 1 edition
Snow has always lived under the shadow of her cruel stepmother, with only her beloved father and her childhood friend--the huntsman, Alexander--to make life bearable. When her father dies, she should be crowned queen, but instead she finds herself fleeing for her life. With no allies, no skills, and no food, her future could be over before it has truly begun.

But there's more at stake than just one life. If Snow can't claim her throne, her kingdom faces destruction. Snow has to make a choice: focus on her own salvation or put everything on the line--even those she loves the most. And if she's going to succeed, Snow must fight the hardest battle of all, against her own doubt and weakness, and gain new skills and strength she never imagined possessing.

Alexander is ready to help her. But if she lets him, the consequences might be more than she can bear--because her heart is in as much jeopardy as the kingdom.

In this reimagining of the classic fairy tale, Snow must find her inner strength in time to fight for her throne before it's too late.

If you enjoy clean romance, adventure and intrigue, then try the books in the Beyond the Four Kingdoms series now! These interconnected fairy tale retellings each feature a different princess who has to fight for her happily ever after.

Beyond the Four Kingdoms reading order:
And coming in 2019

Series
Beyond the Four Kingdoms (Book 4)

Enjoy reading A Dream of Ebony and White: A Retelling of Snow White? You may also like these books