By title
Down
By author
Brett Battles
Format
Other Formats & Editions
? 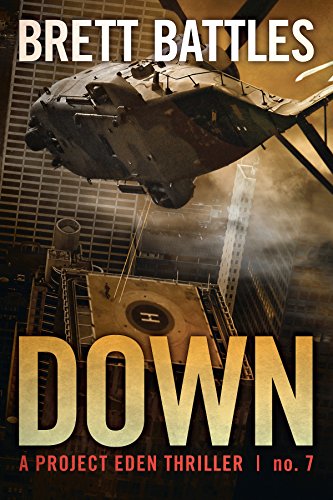 From thriller and suspense master Brett Battles comes the final book in the Project Eden saga.

Matt Hamilton’s last words have led Daniel Ash and his team to the snow-covered town of Everton, Vermont. On a field just outside city limits sits an unassuming hut.

But this is no innocent building. Inside is the entrance to the secret Project Eden base known as Dream Sky, the key to the Project’s success. Or its defeat, as Ash hopes.

To give the team the best chance to succeed, Resistance groups have moved into position outside Project installations around the globe. The purpose: to create diversions that will draw Project attention away from Dream Sky.

These groups have been waiting for the signal to attack. The wait is over.

Here's what others are saying:

“Sick didn’t just hook me. It hit me with a devastating uppercut on every primal level as a parent, a father, and a human being.” — BLAKE CROUCH, author of the Wayward Pines Trilogy

“Sick is a a gem of an outbreak story that unfolds like a thriller movie and never lets up all the way to the last page. Absolutely my favorite kind of story!” — JOHN MABERRY, New York Times bestselling author

“Sick not only grabs you by the throat, but by the heart and gut as well, and by the time you finish you feel as if you've just taken a runaway train through dangerous territory. Buy this book now. You won't regret it.”—ROBERT BROWNE, author of The Paradise Prophecy.

“Like a fever, Sick makes you sweat and keeps you up all night, wondering what the hell is happening. It'll make your heart race like someone shot you with an EpiPen. You think Battles was badass before? He just cranked it up to 500 joules. CLEAR!”—popculturenerd.com

“Sick is Brett Battles at his best, a thriller that also chills, with a secret at its core that's almost too scary to be contained within the covers of a book.” — TIM HALLINAN, author of the Edgar nominated THE QUEEN OF PATPONG

Enjoy reading Down? You may also like these books