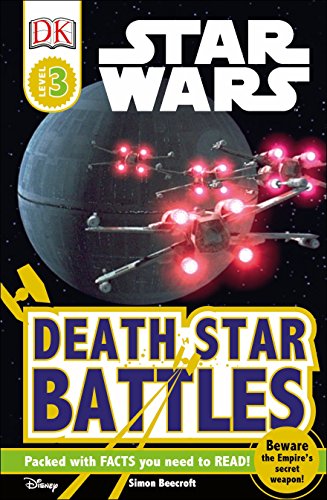 The Death Star is one of the most feared weapons in the Empire's arsenal. Not only a weapon, the Death Star also houses stormtroopers, Imperial Officers, and, of course, Darth Vader. Find out what it was like to live there and how the Death Star was constructed and destroyed in DK Readers L3: Star Wars: Death Star Battles.

Perfect for 7–9 year olds starting to read alone, Level 3 titles include in-depth information presented through more complex sentence structure with increasing amount of text to expand the reader's general knowledge and confidence in reading. Additional information spreads are full of extra facts, developing the topics through a range of nonfiction presentation styles, such as fliers, instructions, and record-breaker statistics.