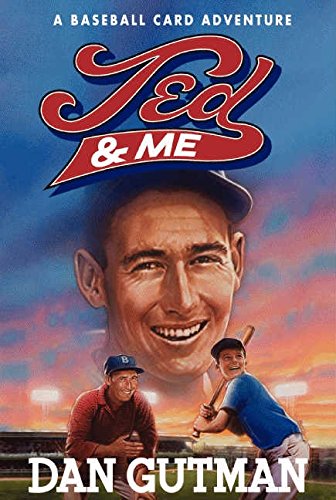 With more than 1.5 million books sold, the Baseball Card Adventures series brings the greatest players in history to life!

Joe "Stosh" Stoshack has an incredible ability. He can travel through time using baseball cards. But the FBI has learned of his talent, and now they have a mission for him: go back to 1941 and warn President Roosevelt about the attack on Pearl Harbor!

Stosh is reluctant, until he finds out that his "ticket" to 1941 is a Ted Williams card. Williams was one of the greatest hitters of all time, even though he lost years of his career to serve in the Marines. How many more home runs would the Splendid Splinter have hit if he had those years back? What if Stosh can prevent the attack on Pearl Harbor and convince Williams not to serve in the military?

With black-and-white photographs and stats throughout, plus back matter separating fact from fiction, Ted & Me is the perfect mix of history and action for every young baseball fan.

Enjoy reading Ted & Me? You may also like these books