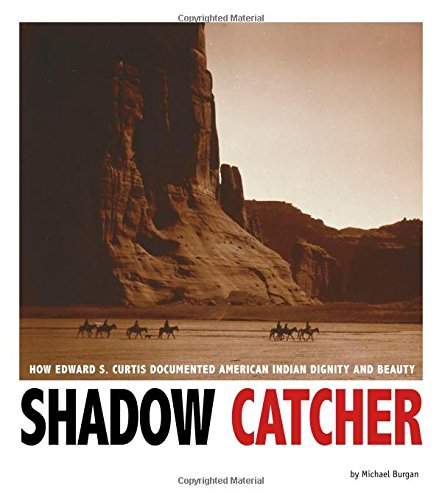 Paperback (Compass Point Books Feb. 1, 2015)
At the turn of the 20th century, photographer Edward S. Curtis devoted his life to learning all he could about American Indians and sharing it with world. He took his first photo of an American Indian in 1895, and for the next 30 years he traveled the West and north to Alaska to chronicle traditional native culture. The result was a magnificent―and controversial―20-volume project, The North American Indian. While some scholars and American Indians found fault with the work Curtis published, many others greatly appreciated it. His grand endeavor was nearly forgotten when he died in 1952, but Curtis' rediscovered photographs are now recognized as treasures that will live forever.

Enjoy reading Shadow Catcher: How Edward S. Curtis Documented American Indian Dignity and Beauty? You may also like these books