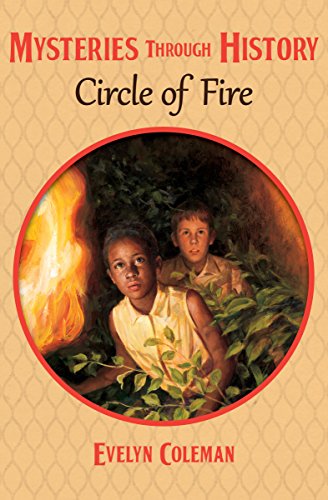 eBook (Open Road Media Teen & Tween July 8, 2014)
In 1958, a girl risks everything to put a stop to a deadly Ku Klux Klan plot to bomb her Tennessee school

The middle child in a family of eight, Mendy Anna Thompson was named after her grandmother’s hero—former first lady Anna Eleanor Roosevelt. Playing in the woods near her house in Monteagle, Tennessee, with Mr. Hare, her tamed wild rabbit, Mendy likes to imagine traveling around the world with Mrs. Roosevelt. But Mr. Hare is no substitute for Mendy’s best friend, Jeffrey, whom her parents have forbidden her to see because she’s black and he’s white.

But one night, Mendy notices evidence of trespassers in the secret clearing behind her house. When she sets out to investigate, she uncovers a plot to bomb her high school during a visit by Eleanor Roosevelt! Now Mendy and Jeffrey, who meet in secret, must find a way to foil the Ku Klux Klan before they succeed in their wicked scheme.

Based on true events, Circle of Fire is a moving and suspenseful story of friendship and race relations in the segregated South.

This ebook includes a historical afterword.

Enjoy reading Circle of Fire? You may also like these books