Jacob Have I Loved

By title
Jacob Have I Loved
By author
Katherine Paterson Moira Kelly HarperTeen
By publisher
HarperTeen
Format
Other Formats & Editions
? 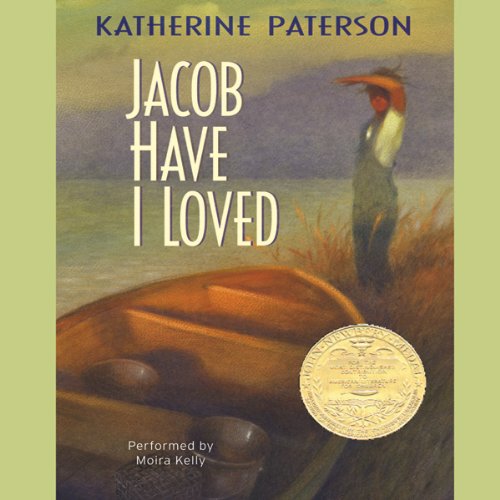 Jacob Have I Loved

Audiobook (HarperTeen Aug. 18, 2009) , Abridged
"Jacob have I loved, but Esau have I hated." With her grandmother's taunt, Louise knew that she, like the biblical Esau, was the despised elder twin. Caroline, her selfish younger sister, was the one everyone loved.

Growing up on a tiny Chesapeake Bay island in the early 1940s, angry Louise reveals how Caroline robbed her of everything: her hopes for schooling, her friends, her mother, even her name. While everyone pampered Caroline, Wheeze (her sister's name for her) began to learn the ways of the watermen and the secrets of the island, especially of old Captain Wallace, who had mysteriously returned after 50 years.

The war unexpectedly gave this independent girl a chance to fulfill her childish dream to work as a watermen alongside her father. But the dream did not satisfy the woman she was becoming. Alone and unsure, Louise began to fight her way to a place where Caroline could not reach.

Renowned author Katherine Paterson here chooses a little-known area off the Maryland shore as her setting for a fresh telling of the ancient story of an elder twin's lost birthright.