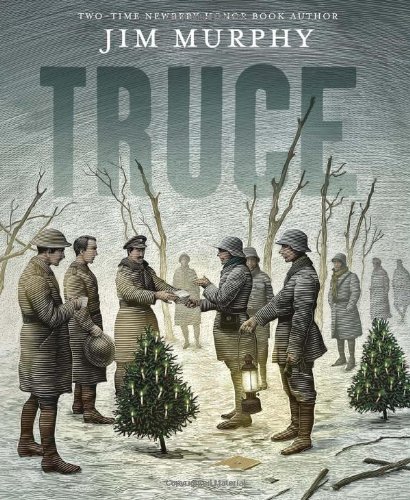 Hardcover (Scholastic Press Oct. 1, 2009) , First Printing Edition
Two-time Newbery Honor Book author Jim Murphy writes a stunning nonfiction masterpiece about a Christmas miracle on the Western Front during World War I.
On July 29th 1914, the world's peace was shattered as the artillery of the Austria-Hungary Empire began shelling the troops of the country to its south. What followed was like a row of falling dominoes as one European country after another rushed into war. Soon most of Europe was fighting in this calamitous war that could have been avoided. This was, of course, the First World War.
But who could have guessed that on December 25 the troops would openly defy their commanding officers by stopping the fighting and having a spontaneous celebration of Christmas with their "enemies"?

Enjoy reading Truce? You may also like these books