The Poppy Lady: Moina Belle Michael and Her Tribute to Veterans 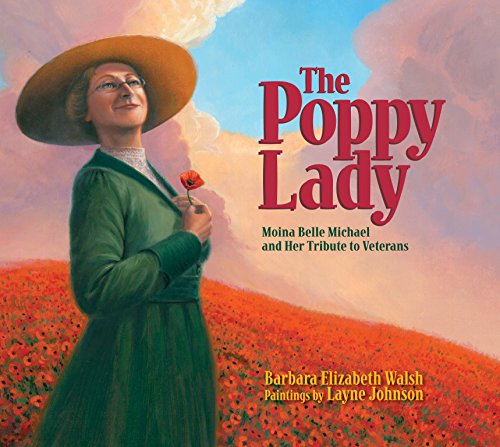 The Poppy Lady: Moina Belle Michael and Her Tribute to Veterans

Hardcover (Calkins Creek Sept. 1, 2012)
When American soldiers entered World War I, Moina Belle Michael, a schoolteacher from Georgia, knew she had to act. Some of the soldiers were her students and friends. Almost single-handedly, Moina worked to establish the red poppy as the symbol to honor and remember soldiers. And she devoted the rest of her life to making sure the symbol would last forever. Thanks to her hard work, that symbol remains strong today. Author Barbara Elizabeth Walsh and artist Layne Johnson worked with experts, primary documents, and Moina's great-nieces to better understand Moina's determination to honor the war veterans.

A portion of the book's proceeds will support the National Military Family Association's Operation Purple®, which benefits children of the U.S. military.