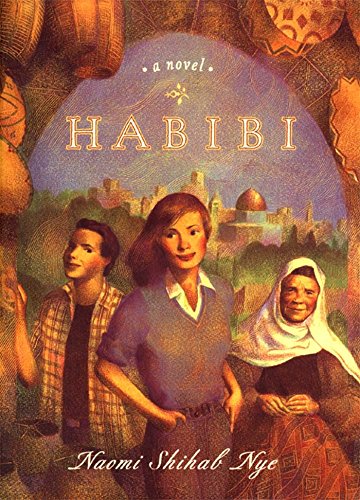 eBook (Simon Pulse June 30, 2008) , Reprint edition
Fourteen-year-old Liyana Abboud would rather not have to change her life...especially now that she has been kissed, for the very first time and quite by surprise, by a boy named Jackson.

But when her parents announce that Liyana's family is moving from St. Louis, Missouri, to Jerusalem -- to the land where her father was born -- Liyana's whole world shifts.

What does Jerusalem hold for Liyana? A grandmother, a Sitti, she has never met, for one. A history much bigger than she is. Visits to the West Bank village where her aunts and uncles live. Mischief. Old stone streets that wind through time and trouble. Opening doors, dark jail cells, a new feeling for peace, and Omer...the intriguing stranger whose kisses replace the one she lost when she moved across the ocean.

Enjoy reading Habibi? You may also like these books