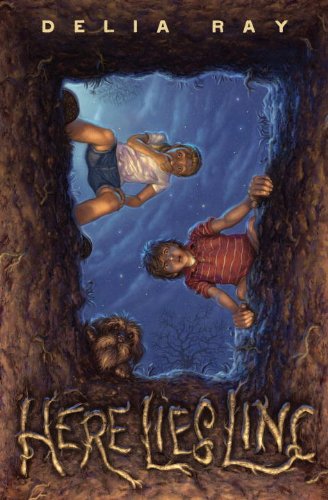 eBook (Knopf Books for Young Readers Aug. 23, 2011)
When 12-year-old Linc Crenshaw decides he wants to go to public school, his professor mom isn't so happy with the idea. He's convinced it will be the ticket to a new social life. Instead, it's a disaster when his mom shows up at their field trip to the local cemetery to lecture them on gravestones, and Linc sees her through his fellow-students' eyes. He's convinced his chances at a social life are over until a cemetery-related project makes him sought-after by fellow students he's not so sure he wants as friends, helps him make a new, genuine friend, and brings to light some information about his family that upends his world.

Delia Ray has written a funny, heartfelt story about a lonely kid and his mother as they ultimately cope with the grief left behind from his dad's death, and along the journey find new ways to connect with each other, and their community.

Enjoy reading Here Lies Linc? You may also like these books