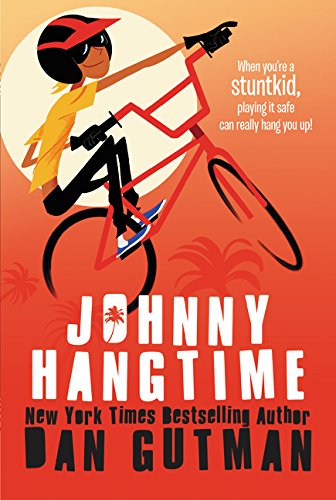 It's a bird, it's a plane—no, it's Johnny Hangtime! From New York Times bestselling author Dan Gutman comes an action-packed story of a stunt kid's daring escapades.

Jumping off the Empire State Building, fighting on the wing of a biplane, and parachuting onto the back of a horse are all in a day's work for thirteen-year-old Johnny Thyme, a stunt kid known in the movie business as Johnny Hangtime. But Johnny's phenomenal feats are a movie industry secret. Ricky Corvette, the superstar teen for whom Johnny doubles, wants his fans to think he does all his own stunts.

Johnny is devoted to repeating the career of his legendary stuntman father, but what's he going to do when his favorite director asks him to perform the super-dangerous stunt that killed his father? Will following in his daredevil dad's footsteps take him over the edge?

Enjoy reading Johnny Hangtime? You may also like these books