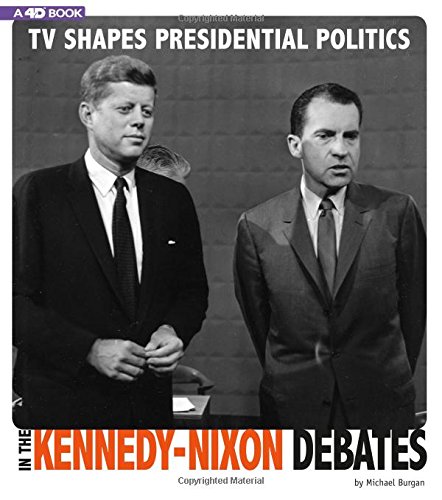 Paperback (Compass Point Books Aug. 1, 2018)
On-point historical photographs combined with strong narration bring the story of the Nixon-Kennedy presidential debates to life. TV was new in those days, and these were both the first debates ever held between two presidential candidates and the first to be televised. About 60 million people tuned into the first debate, or more than 1/4 of the country's population. Readers will learn just how much effect seeing the debates had on the results of the election and how they changed presidential campaigning forevermore. Readers will understand the significance behind this event through text and clips of the event itself via the Capstone 4D augmented reality app.

Enjoy reading TV Shapes Presidential Politics in the Kennedy-Nixon Debates: 4D An Augmented Reading Experience? You may also like these books