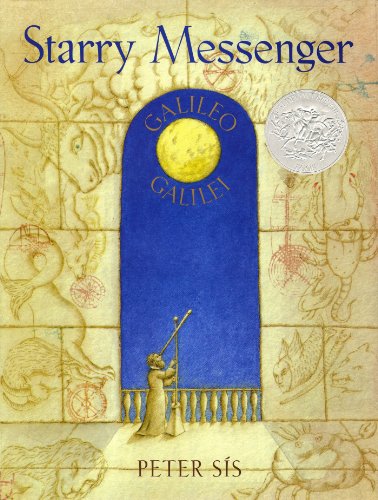 "If they had seen what we see, they would have judged as we judge." -- Galileo Galilei

In every age there are courageous people who break with tradition to explore new ideas and challenge accepted truths. Galileo Galilei was just such a man--a genius--and the first to turn the telescope to the skies to map the heavens. In doing so, he offered objective evidence that the earth was not the fixed center of the universe but that it and all the other planets revolved around the sun. Galileo kept careful notes and made beautiful drawings of all that he observed. Through his telescope he brought the starts down to earth for everyone to see.

By changing the way people saw the galaxy, Galileo was also changing the way they saw themselves and their place in the universe. This was very exciting, but to some to some it was deeply disturbing. Galileo has upset the harmonious view of heaven and earth that had been accepted since ancient times. He had turned the world upside down.

In this amazing new book, Peter Sís employs the artist's lens to give us an extraordinary view of the life of Galileo Galilei. Sís tells his story in language as simple as a fairy tale, in pictures as rich and tightly woven as a tapestry, and in Galileo's own words, written more than 350 years ago and still resonant with truth. This title has Common Core connections.

Enjoy reading Starry Messenger? You may also like these books