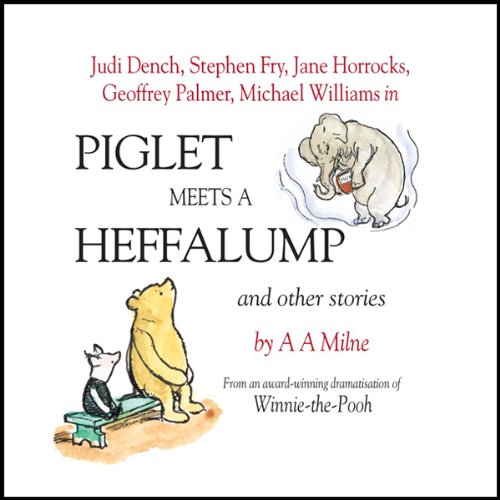 A wonderful adaption of Winnie the Pooh, featuring an all-star cast including Stephen Fry and Dame Judi Dench. Story 1: In which Piglet meets a Heffalump. Story 2: In which eeyore has a birthday. Story 3: In which Kanga and Baby Roo come to the forest, and Piglet has a bath. Story 4: In which Christopher Robin leads an expotition to the North Pole.