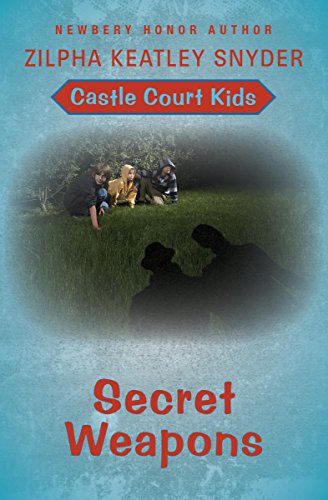 language (Open Road Media Teen & Tween March 25, 2014)
The Castle Court Kids are back—and this time, they’re teaming up to fight the bad guys
Kate Nicely and her BFF, Aurora Pappas, haven’t told anyone about their top-secret science project that’s going to win first place at the Annual Interschool Science Fair. Carlos Garcia, Bucky Brockhurst, and Eddy Wong are working on one, too, if they could just agree on an idea that isn’t lame. But everyone could lose to Aurora’s kid brother, Carson, and Eddy’s younger brother, Web, who everyone at school knows is a genius. Does Web’s secret project have something to do with the two sinister-looking men in a black van who’ve been lurking around Castle Court? The rumors spread like wildfire: Web is developing some kind of secret weapon and terrorists are trying to steal it. That’s when the Castle Court Kids decide to form the top-secret AT Club (that’s Anti-Terrorist, of course). With the kids—and one enormous Saint Bernard—outnumbering the bad guys, all they have to do is wait for the perfect time to strike.
This ebook features an extended biography of Zilpha Keatley Snyder.

Enjoy reading Secret Weapons? You may also like these books